The word ‘Heeren’ means ‘gentlemen’ or ‘noblemen’ in Dutch. The owner and developer of the building hailed originally from Malacca, where the family house is on Heeren Street. How the word came to be used as a Malaccan street name was possibly a result of the Dutch presence in Malaya in the 17th century.

The winged emblem and the torch in the middle forms the logo for the building. ‘CSCC’ which stands for ‘Chee Swee Cheng & Company’ was also meticulously incorporated into the logo to further emphasize the corporate identity. 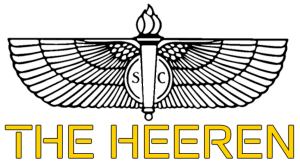